Golden ale from our sister brewery in the heart of Scotland. A strong malt body is complemented by a heady hop aroma of zesty lemon and orange citrus.

Inveralmond Ossian is a characteristically delicious beer from Inveralmond Brewery, our sister brewery in the heart of Scotland. A flavour-packed base of slow kilned ale malt, caramalt, and biscuity malted wheat ensures a strong, rich body. Zesty First Gold, Cascade, and Fuggles hops then cut through that richness. The result is a skilfully balanced golden ale.

Ossian is a deserved multi-award winning beer, having won for both its cask and bottled expressions. At cask level, it has been named Champion Beer of Scotland. Not only that, the bottle has also won Silver for Best British Style Ale at the Scottish Beer Awards.

The pour is pale and golden with hoppy aromas offering strong notes of juicy orange. The malt body ensures an undertone of nutty and biscuity boldness. This is a beer that takes your taste buds on a journey. It starts fresh, builds to richness, and then ends with a clean finish. Deliciously satisfying and yet always elegant.

Clean and refreshing, Ossian is available in 440ml cans or 500ml bottles, which can be purchased in cases of x24.

The beer makes a fitting tribute to the great warrior it is named after. Ossian was a legendary warrior of the 3rd century and the son of the equally legendary Fingal. You may also know of him as Finn MacCool or Fionn mac Cumhaill. Ossian’s Stone is a landmark, reputedly marking the resting place of this iconic figure. It's located in Perthshire, which is also home to Inveralmond Brewery itself. Ossian is still proudly the flagship beer of this brewery which first opened its doors in 1997. 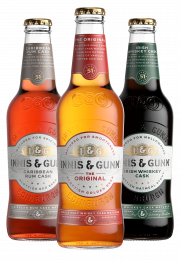 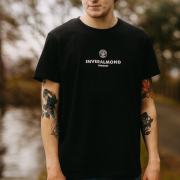 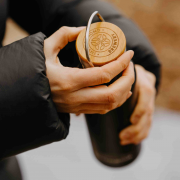